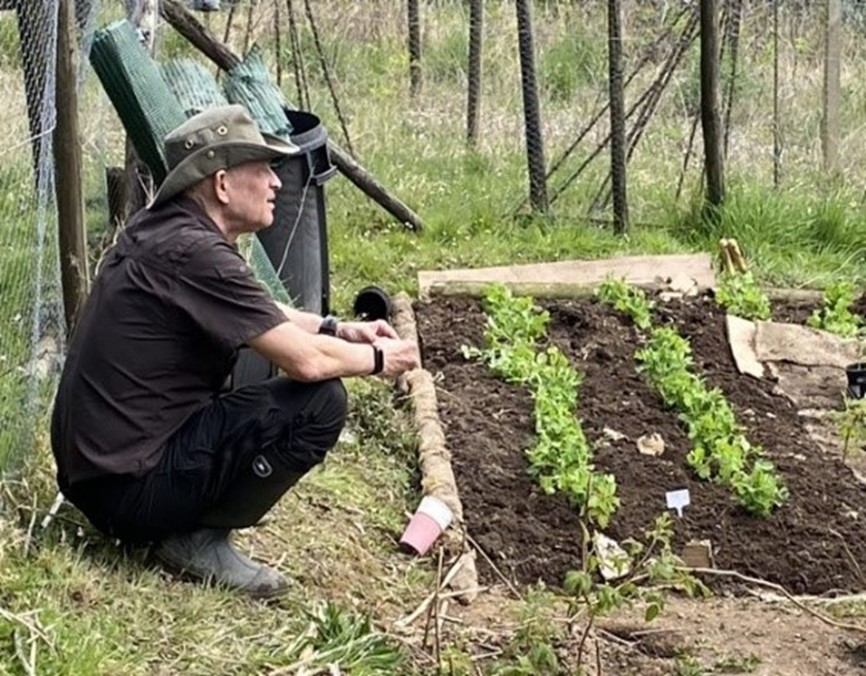 When Royal Navy Veteran Robert first came to Veterans Outdoors he was in a bad place. Ongoing back problems from an industrial accident had contributed to him leaving his job as a long-distance lorry driver and, forced into poor quality accommodation, he was struggling with depression. Referred for support by a veterans’ charity while living in Wiltshire his problems were exacerbated by services delivered by a young and inexperienced team without the specialist skills needed to support military veterans with poor mental health.

Moving to Devon, Robert found affordable supported accommodation and was referred to us by the NHS in December 2020. By then he was struggling with anxiety and dark thoughts. Without friends or family in the area, Robert was not pursuing any hobbies, not eating, sleeping or having any social contact. Over six months, he attended 28 different Veterans Outdoors events – horticultural and community garden projects, a conservation project with the National Marine Aquarium and online talk and support groups which helped him make new friends.

As a result of our interventions, Robert has managed his depression and medication and is running and cycling 50 miles or more each week as well as practicing some martial arts. He’s taken ownership of his own wellbeing, regained a positive attitude to life and still keeps in touch with us. He recently told us…

I’m so happy to be associated with Veterans Outdoors. It’s been a real privilege to be part of it and I’ve definitely benefited from all the fantastic experiences they offer.